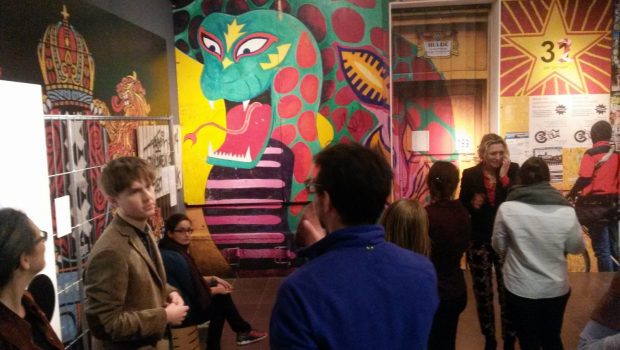 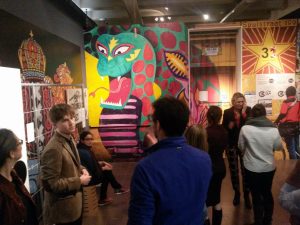 Last week I felt very honored to be invited to speak on military graffiti at the Fleeting Testimonies of Urban Life Conference, organized by the Amsterdam Centre for Urban History.¹ As a conflict archaeologist mainly working in rescue archaeology, there is often slight opportunity to stay informed on the whereabouts of other disciplines, let alone encounter them in real life! This conference was an opportunity to do just that, combining scholars ranging from Ancient History and Archaeology, to Historical Cartography, Social Geography and Sociology, all in one conference, topped up with a guided tour by Reinwardt Heritage Studies alumnus Robin Vermeulen at the Museum of Amsterdam graffiti exhibition. 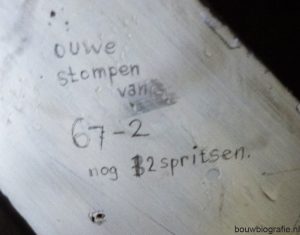 My goal for the conference was to make a comparison between the two largest graffiti cases in my own practice so far, being Fort benoorden Spaarndam and the military barracks of Ede Garrison.² The abstract can be found on my academia profile or under this link. After my presentation I had a great discussion on the topic with dr. Sam Merrill.

Merrill is currently stationed at Umeå University Sweden – though his website gives me the impression that he is more or less everwhere all the time. 😉 In his work with Hans Hack at the former Nazi, and later Soviet military facility – the Heeresversuchsanstalt Kummersdorf (Brandenburg, Germany)-  Merrill discovered an interesting pattern in graffiti related to a strict informal power hierarchy among Soviet conscripts by the name ‘dedovshchina’. In this system newbie conscripts, who entered the barracks through military draft during the Cold War, were subjected to the will of older conscripts.This frequently included systematic bullying and public humiliation. After six months the newbies progressed to a second stage and later to a third and last stage in which they became top of the pyramid and in power of all younger groups.³ From our on the spot comparison, it appeared that a similar system is reflected by the graffiti I found in the Ede Garrison. In Ede graffiti would occasionally refer to the social groups ‘Bollen, Fillers, and Ouwe Stompen’, which represent exact equivalents of the three levels of ‘dedovshchina’ used on the other side of the Iron Curtain. If the Dutch hierarchy was equally violent as the Russian version is questionable: I’ve not heard any report on that so far in our current heritage project, but it is something I hope to look into some more, soon.

However: great stuff indeed! Being able to make comparisons like these is to my opinion one of the great advantages of visiting an international conference. 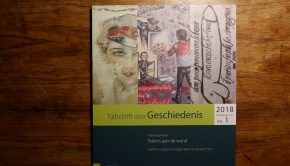 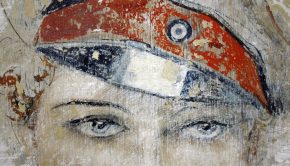